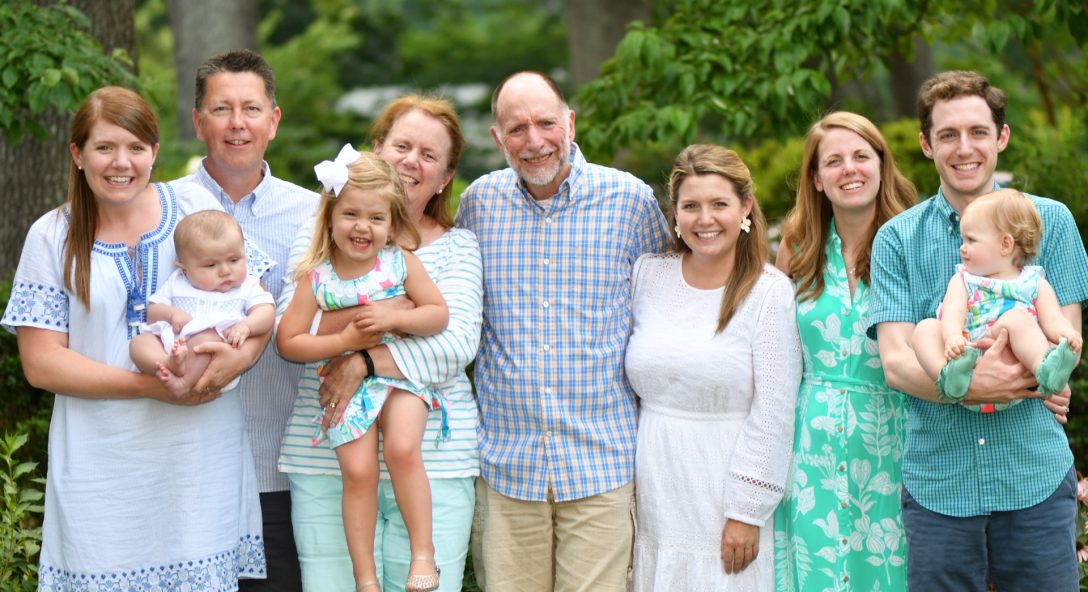 Our granddaughter, Caroline, extended her sleep time by another five minutes this morning. She awoke at 5:55, but gave her parents a respite until 6:35. By then she was raring to go.

I was an early riser too with my light sleep jolted by the blast of a train engine’s whistle on the tracks that run beside state road 184. Never heard the rumbling of cars being towed, just three distinct toots letting me know the sun was up and a new morning was making its presence known. 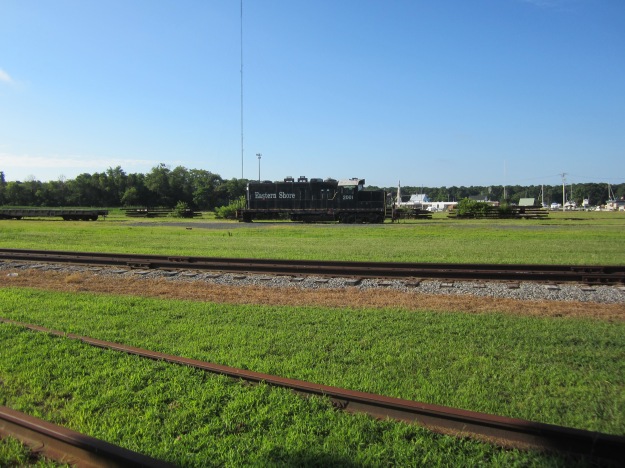 Late the previous afternoon, I had rigged up my fly rod and one of my surf rods. The plan was to fish along the Cape Charles’s beach front.

My wife’s brother-in-law, Art, would have hooted at my rigging of the fly rod. All I was really interested in was to see if I could remember some of the casting fundamentals that he had attempted to teach me over the last few years. The beach front was wide open. No scrubby bushes or tree limbs for a line to tangle. This uncluttered beach was unlike some of the streams and rivers we had fished near Mammoth Mountain, California.

For the saltwater rod, I tied a short leader to the end of the line, and then clipped on a lure that had worked in the past. I knew the locals would recommend a fresh-cut bait of some type. But, for this three night stay in Cape Charles— I was keeping it simple.

I drove into town, parked parallel to the beach, and made the short walk down to the shoreline. I placed the tackle box on the packed alabaster tinted sand. Then, I snugged a surf rod holder into the same sand, pulled a pair of needle nosed pliers from the tackle box, and with fly rod in hand strolled toward the water.

A breeze was coming off the Chesapeake that consistently kicked up little breakers. Casting a light fly line into the wind didn’t gain much distance, so I turned my body to the right. This allowed my casts to float northward with a bit more distance.

Slowly, my rusty casting shoulder limbered a bit. My aging brain recalled a trace of the required motion. However, I am certain anyone scanning the horizon with a pair of binoculars from one of the homes across the street wondered what in the world is that old man doing?

I wasn’t optimistic about catching any fish. On the previous day, I had seen some good-sized minnows swiftly, scampering by me in the ankle-deep shallows. Further down to my right, two teenage boys with rods in hand waded out past me to try their luck, and sadly they had no luck.

Way out on the horizon, a couple of large ships were moving through the bay. Remaining from the previous day were two large tankers still anchored in solitude.  Even if I don’t get a nibble, I did catch something— the beginning of a beautiful morning on Virginia’s Eastern Shore.

Each day we are anchored to the beginning of a new day. The opening words found in Hebrews 6:19 seem to fit here:  “We have this hope, a sure and steadfast anchor of the soul.”

No matter where I am in my daily living, I need something to anchor my soul. For when I am in restless, uncharted waters, consumed with worry, doubt, and anxiety, I’ll take a cast in the steadfast hope found in the good Lord.

Because in that hope is a peacefulness, a quietness, and a reassurance.