On the morning of Sunday, December 24, 2017, I had the privilege of speaking at the 10:30 service at Trinity United Methodist Church. Here is my message: 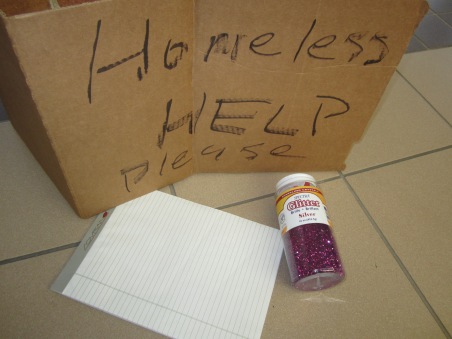 It is an honor to be with you this morning.

Perhaps, in your minds, you are thinking, this is going to be a very predictable Bill chat.

Heavenly Father, over these next few minutes like a preschooler with a glue stick paste these words to our hearts, “ and I have been with you wherever you went.” Amen.

As I studied our scripture reading from Second Samuel, I kept thinking— Bill your nuts. This scripture doesn’t have anything to do with Jesus’ birth and Christmas.

From the theologians who have researched and unpacked this scripture, there are two key points.

First, they figure out that God says “it will not be David who will build a house for the Lord.” God uses the prophet Nathan to deliver this news to David.

But, the more important piece of news from this scripture is this promise to David from God:  “Your house and your kingdom shall be made sure forever before me; your throne shall be established forever.”

This is God’s “unconditional promise of an eternal dynasty to David.”

David’s promised dynasty appears in the first chapter of Luke when the angel of the Lord is sharing God’s plan with Mary about the pending birth of Jesus.

The angel states: “and the Lord God will give to him the throne of his ancestor David.”

Good research theologians, but my nano scale brain is not drawn to that unpacking.

Nor is it drawn to the sharp housing contrast. David has a finely crafted house of cedar, while the ark of God roams from place to place in a tent.

No, it is verse 9 that grabs my attention: “and I have been with you wherever you went.”

Many years ago in Mississippi, my mother’s father walked out on his wife and their three children.

“And I have been with you wherever you went.”

Fast forward to Sunday, August 13, the Richmond Times-Dispatch devoted an entire section of the paper to the poverty and housing insecurity along the Jefferson Davis Highway.

I wonder what that parent would think about this verse from Second Samuel: “And I will appoint a place for my people Israel and will plant them, so that they may live in their own place, and be disturbed no more; and evildoers shall afflict them no more.”

There’s not a homeless person in America who wouldn’t accept a permanent placement from a wandering God. No more disruptions, no more evildoers.

Trinity member A. D. Stuart loaned me his copy of Beth Macy’s book Factory Man. The book is the story of “how one Virginia furniture maker battled offshoring, stayed local, and helped save an American town.”

I couldn’t put the book down. I even asked my wife to buy me a copy so I could highlight sections that resonated with me.

In the spring of 2007, Mr. Bassett had been asked to speak at a critical trade hearing in Washington.

An assistant trade representative from the United States had been speaking for 45 minutes documenting concerns from foreign countries who opposed the pivotal Byrd Amendment.

Mr. Bassett had a full-page of notes on a legal pad. He had rehearsed for days. By the time, the US trade representative finished his remarks, Mr. Bassett had ten minutes to speak.

Mr. Bassett stood up, turned over his legal pad full of notes, and slammed it on the table.

He asked the audience to turn around and look behind them. Displayed was the American seal.

Mr. Bassett asked the trade representative, “What country do you represent?”

The rep responded, “the United States.”

On the morning of Wednesday, December 6 at the intersection of Patterson and Three Chopt, the good Lord slammed down his legal pad on me.

He asked, “Listen, Bill Pike who do you represent?”

Here you are driving the church van, on that sidewalk to your right is a homeless person holding a cardboard sign asking for help.

You could have opened the door, opened your wallet, and offered assistance, but you didn’t.

Who do you represent? Is there any discipleship in your DNA? What kind of Christian are you?

The person displaying the sign even mentioned me, God, on the cardboard. Plus, the scribbling on the sign made the point that shelter was needed more than a handout.

God kept pressing—who do you represent?

God was unyielding, he pushed further.

You were such a lousy student in high school, who do you think secured your admission into the only college in American that would accept you?

Who was with your mother and sister when they were broad sided by a car a few days before Christmas in 1972?

Who was with your first grandchild for her first 30 days of life in the NIC unit?

You go back and ponder these words of scripture from Second Samuel: “and I have been with you wherever you went.”

Well, as usual God, you got me. Another black mark by my name.

So on Thursday morning, I drove back to Patterson and Three Chopt. Hoping the person might be there. But, he wasn’t.

On Friday afternoon, just as the cold rain was switching over to snow. I went back.

From a distance, I saw a person who appeared to be holding a cardboard sign.

As I drove closer, I saw the person was a woman holding a frail umbrella and a cardboard sign. The wording on the sign matched.

I rolled down my window. “Mam, can I ask you a question? Do you have a husband?

I continued, “Your sign is similar to a sign I saw two days ago that a young man was holding.”

She told me the man had copied her sign, and she worried that he might have some mental challenges.

For a few brief moments, this lady went on to tell me about her housing challenges and her kids.

I gave her my card, with the CARITAS number written on the back, handed her some money, and I drove off.

“And I have been with you wherever you went.”

You know sometimes those experts who unpack scripture might miss a footnote that never gains public attention.

Here’s one I stumbled upon. I think you will be surprised by this significant finding.

When the shepherds finally made it to the stable, Joseph said to them, “ You fellows come along way. What are you looking for?”

Give me a break Bill, glitter hadn’t even been invented yet.

You know you’re right, but let me ask you a question?

Is our Christmas celebration today more focused on the glitter or that little fellow who was born in a stable 2000 years ago?

Ask yourself this question.

Who is really looking out for your life?

Is it your broker, your banker, a realtor, a new car salesperson, a favorite fashion designer, or a travel agent?

Who from this portfolio will really look out for you?

Will that glitter get you through— your four-year old grandson battling leukemia, the teenage son or daughter fighting addiction, being the caregiver for your aging parents, or the life threatening medical report?

You, me, we—we know the answer.

“and I have been with you wherever you went.”

I’ve been told confession is good for the soul.

I waive my rights. I don’t need an attorney. Here’s my statement.

On the morning of Tuesday, December 12 at 5:53, I used my security code to enter Trinity United Methodist Church located at 903 Forest Avenue in Henrico County, Virginia.

With a plain cardboard box, I walked to the Preschool wing, entered the stairwell closest to the playground, scampered to the basement level, and unlocked the door to the teacher’s workroom.

Once inside, I went to the shelf where jars of glitter are stored, and I took them.

I gently placed the jars of glitter in the box. Quietly, I told the glitter they would not be harmed.

Sergeant, this was not a lightly conceived plan.

I had been working on this glitter napping for six years. I had rehearsed it over and over.

I had even joked with Preschool personnel about my plan.

But, I finally snapped.

Back in the fall when one of our building caregivers was on vacation, I helped out with the daily afternoon vacuuming of the carpeted hallways and classrooms in the Preschool.

Every afternoon glitter showed up in the carpet fibers.

I vacuumed a stretch and returned to the same area a few minutes later, and another piece of embedded glitter emerged from the carpet. Like Edgar Allan Poe’s poem “The Bells” the glitter was driving me mad.

That stretch of afternoon vacuuming broke me. I was ready to act.

Now Sergeant, I assure you the jars of glitter are safe, but I’m not ready to divulge their location yet.

This is the season of Advent. We are positioning ourselves to celebrate the birth of Jesus, but we’re too focused on the glitter. The glitter consumes the season.

We’ve been intruded upon by the retailers.

On Sunday, September 24 at the Lowes on Broad Street near the VCU campus Christmas merchandise was already on display. Halloween was 36 days away, and Christmas Eve three months away.

The relentless pursuit of glitter perfection touches just about everything we do during this season.

Yes, Sergeant, you are correct. I am the perfect grumpy combination of Scrooge, the Grinch, and that old buzzard Ben Weaver.

Yeah, I know you are scratching your head on Ben Weaver. You’re too young, you probably never heard of the Andy Griffith Show.

So, I’m willing to return the glitter and accept my consequences.

But, here is what will get the glitter released.

Teach those Preschool students and all of us who care for them there is more to Christmas than glitter. Help them to value the natural glitter that is already around them.

Show them the sun sparkled glitter of frost on the playground equipment before it melts on a blue sky morning.

Show them the blue of cedar berries cast against the prickly green of the cedar tree.

Teach them to value the rich red color of the cardinal as it cheeps on a cold, gray December day.

You get the idea.

Anything else, Scroogy Bill?

Yes, teach them to value light. Not all of the tacky Christmas light displays, but natural light from the sun and a full moon.

Anything else, Grinchy Bill?

Yes, share the last stanza of the old Christmas carol, “In The Bleak Midwinter” with them. Here are the words:

Yes, Sergeant, how is your heart?