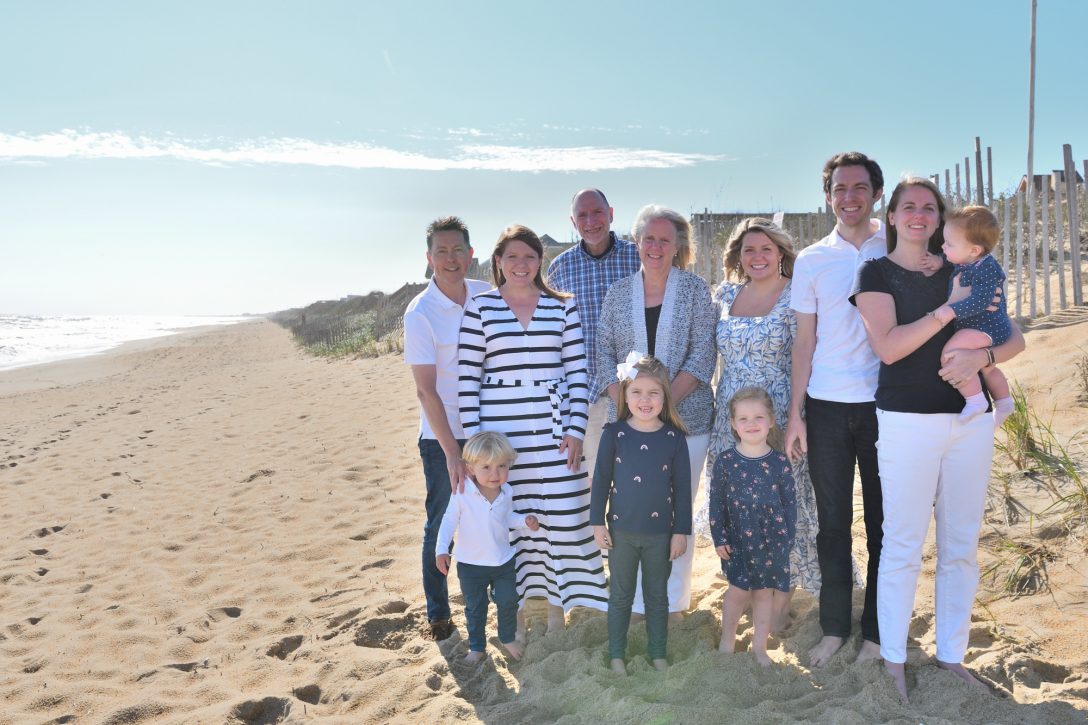 During the early morning hours on Monday, December 6, the wind howled and rain pattered around the beach house where we were staying in Waialua.

At some point during that night, we lost power for a few hours.
Monday was a wash out for us. The rain coming from the Kona low pressure system was to be relentless into early Tuesday morning.

At times on Tuesday night, the rain came down so hard that I could not hear the waves crashing on the beach. These were long, sustained torrents of rain. In my 68 years of living, I’ve never heard such rain. I wondered how much rainwater could this Hawaiian land hold?

Betsy’s sister Abby had booked all of us to attend a luau at the Waimea Valley Visitor Center. Wisely, the organizers of the luau notified Abby that Monday evening’s performance was postponed.
So, on Monday afternoon, we gathered at Abby and Art’s house.

Betsy’s nephew, Brad, his wife Lawratu, and their daughter, Suzy, had made the trip from London to Hawaii for the wedding. Yes, that’s correct London, England. This was to be our last chance to say goodbye them.

They were scheduled to fly back to Los Angeles on Tuesday. Before flying home to London, Brad and his family would be staying with his Dad who lives in southern California through Christmas.

There was lots of family energy in that room. If my math was correct, I think 27 of us were present. It was quite a sight to look around at those happy faces. Laughter dominated at times with a mixture of old and new stories. I know this trip to Hawaii will eventually become an unforgettable chapter in our lives, especially for the bride and groom, Parker and Brandy.

At some point, Brad stood up and gathered Lawratu and Suzy. We each had a goodbye moment with them, and then they were off to pack up in Honolulu.

That gathering made me think how lucky I have been to have a family. Family has grounded me from my first crying gulp for air. Family has sustained me in so many ways in my life. And, family will sustain my loved ones when I take my last breath.

During my career, I have seen first hand the challenges individuals face in our society when there is no family. One of the biggest challenges America faces is the unceasing erosion of families. That erosion is no different from the waves of the ocean constantly pounding our coastlines.

No community is immune from this loss of societal structure, not even in the beauty of Hawaii.

On the morning of Tuesday, December 7, we were greeted by the unmistakeable sound of a crowing rooster.

Yes, he was perched on the back of a neighbor’s pickup truck doing his best to wake up this quiet cul-de-sac.

At our house, he did a good job. His screechy call blew through the open windows and screened doors.

Thanks to the rooster, we moved more briskly, and eventually some of us took a long walk past where the bike trail ends.

We were on a narrow road that toured us through an extended neighborhood. Some homes faced the ocean, others were on large parcels, on the opposite side of the road with the mountains as a backdrop.

The architectural style of the homes caught my eyes as did how the homes with the acreage used their land.

And even though, the clouds were broken, they still looked like they held rain, but no shower found us.

On the return, we took a left turn that hooked us toward another section of homes on the ocean side. A small park next to the beach gave us a clear view of the Pacific.

Tuesday’s weather was better, and as we pushed into the afternoon, the focus was on getting ready for the luau.

By some miracle of the Hawaiian gods, we were all ready at the appointed departure time for the drive over to the Waimea Valley Visitor Center where the luau was to be held.

When we arrived on the grounds of the Visitor Center, it was clear to see that the rain had an impact. We were not able to take any extended walks on the grounds. But, there was still plenty stunning plant life to be seen.

It wasn’t long before the staff had our attention and organized us for the first phase of the evening. Out on the patio were five stations that tested our skills in learning about Hawaiian traditions with coconuts, cocoa beans, weaving headbands/crowns, and whirling poi balls on strings.

From there we moved inside the open air Pavillon where we would be entertained with a combination of humor, cultural traditions, a delicious meal, and an ending that featured the skills of the performers twirling fire batons. No matter your age, the luau had something for everyone.

But interestingly, there was a recurring theme—family. That point was made a number of times during the dialogue with the audience as we learned about the importance of family in the Hawaiian culture.

After the show, cast members were available to interact and take photos. As you can imagine that had a big impact on the children.

As we walked toward the parking lot, a head count was taken before the cars were reloaded. On the ride back to the houses, the performance we had just seen dominated the conversation.

Even on the following day, positive comments continued to surface about the luau. Clearly, the performance made a lasting impression on our family. If the organization can sustain the quality and heritage of the luau, then I feel certain families will continue to attend.

But perhaps, the luau’s best attribute was its size. This was not hundreds of people crammed into a massive hotel assembly line production. The open air pavilion was just right for an intimate audience, with clear sight lines, and a comfortable setting.